The Partial Lunar Eclipse of March 23, 2016 occurs at 3º17′ of Libra. It will be visible in most parts of Asia, Australia and the Americas. By definition, a lunar eclipse occurs when Earth is aligned between the Sun and the Moon creating a shadow over the Earth’s satellite. As seen from Earth, the Moon “turns off”. Here the subconsciousness, the emotions, are “turned off” or eclipsed. Lunar eclipses calls you to face a need of manifesting new ways to move towards your future. This is presented as stress, crisis, and change in some aspect of your life. Depending on where the eclipse falls in your chart is what needs to be resolved. Today’s Full Moon in Libra and the New Moon in Aries of next April 7 show which things need to be left behind and which need to be developed to progress. END_OF_DOCUMENT_TOKEN_TO_BE_REPLACED

The Total Solar Eclipse on March 8, 2016 occurs at 18º56′ of Pisces in the South Node in Pisces. It will be visible in Southeast Asia and the Pacific Ocean. By definition, a solar eclipse occurs when the moon is aligned between the Sun and the Earth creating a shadow on the planet. As seen from the Earth, the Sun “turns off”. Here the conscious, the ego, is eclipsed or “turned off” to reveal something about the unconscious. Because it happens on the South Node, this eclipse asks you to look and work on something about your past or your unconscious that you are not aware of and that now becomes an obstacle to progress and grow. This is presented as a crisis or chaos in some aspect of your life that needs to be put in order. Depends on which part of your natal chart is activated by the eclipse, it’s the matter to be solved. Today’s New Moon in Pisces and the last Full Moon in Virgo, which was on February 22, show us which things you need to leave behind and which things you need to develop in order to discontinue a stagnant part of your life. END_OF_DOCUMENT_TOKEN_TO_BE_REPLACED

This solar eclipse is quite particular because it indicates great transformations during the next six months in intimate relationships. It occurs at 0º 25′ of Scorpio at 5:58 pm, Atlantic Time (UTC -4) on October 23, 2014. Eclipses present themselves as moments of crisis and by happening in Scorpio, it is precisely through constant crisis where self-knowledge and self-mastery can be achieved. Some aspect of life crumbles and must be rebuilt. Some crisis in life announces some kind of death and the need to establish a new life. END_OF_DOCUMENT_TOKEN_TO_BE_REPLACED

The first eclipse of the year feels like punch on the face. I’m sorry to tell you, but this is not about you anymore. You’re no longer the protagonist, but the supporting actor in this play. If you have been worried about being recognized as the leader or for what you have done — in business or in love — you’ll have a hard time for the next following months. There must be a shift of mindset from “me first” to “we first”. END_OF_DOCUMENT_TOKEN_TO_BE_REPLACED

Transformations in the law, higher education, and world view will be indicated by the eclipse. The power game is defeated with knowledge. This lunar eclipse occurs in the North Node in Scorpio at 4°08′ of Sagittarius with the Moon in Sagittarius. The eclipse calls for constructive change, self-discipline, and awareness of others desires, wants, motives, and needs. END_OF_DOCUMENT_TOKEN_TO_BE_REPLACED

Each of us will experience an urge to let go of everything that we believed was giving us a strong foundation under our feet but, in fact, was taking us away from our true nature and our true purpose. Eclipses always remind us of our life mission and give us a chance to connect to our true path. This time, we are called to be our true selves. Be yourself shamelessly. Be your true self and OWN IT. END_OF_DOCUMENT_TOKEN_TO_BE_REPLACED

Today we have the opportunity for a fresh start, creating new teams, new alliances, and new associations combining efforts to achieve a common vision. Staying alone, we will achieve nothing.

November 13 is a New Moon in Scorpio day. Since this eclipse occurs in the North Node in Libra, it will invite us to increase our awareness of the other. We must leave behind the unending search for independence, since this leaves us feeling incomplete at the end. On the other hand, we must take the risk to loose ourselves into helping someone else. END_OF_DOCUMENT_TOKEN_TO_BE_REPLACED

Today is important to reflect upon our lessons in life, how we learn, communicate, and expand our ideas and truths, or how we have impeded them to ourselves or others. To corrupt the freewill of others or our own is against the laws of nature. We must think objectively which values or beliefs we don’t want to change and evaluate of they are preventing our progress. END_OF_DOCUMENT_TOKEN_TO_BE_REPLACED 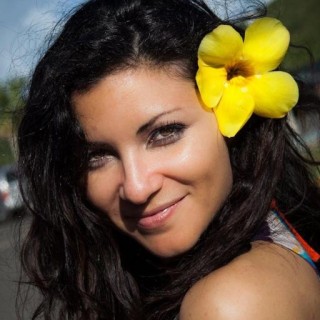